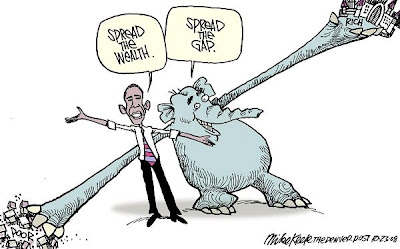 -
How Much Would You Pay in Taxes?

Sens. Barack Obama and John McCain both say they’ll cut federal taxes if elected. Here’s what their proposals would mean for you.


If your annual salary is less than $112,000, you’d pay less in taxes under Obama’s plan; if your salary is higher, McCain would cut your taxes more. “While the aggregate tax cut is bigger for McCain, a larger number of voters get more money under Obama,” says Alan Viard, a tax-policy expert at the conservative American Enterprise Institute. “Obama is choosing to emphasize tax cuts for the middle class, whereas McCain’s strategy is to keep rates lower at the top as a way to facilitate long-run growth.” For example, a person with an income of $1 million could see his taxes increase under Obama by as much as $94,000, whereas under McCain’s plan he could save about $48,000.

Posted by Rex Frankel at 1:40 PM No comments: